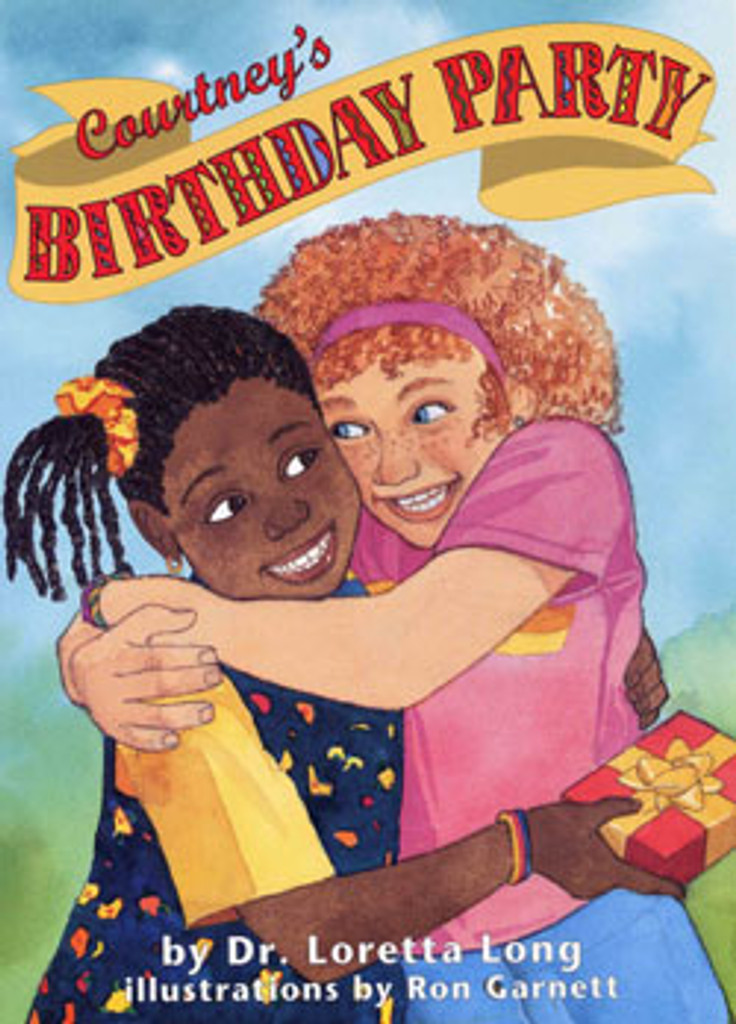 Courtney is very excited. Her seventh birthday is only a few days away, and her mother has planned a special party. All of Courtney's classmates will be invited, including Courtney's best friend, Dejana. Courtney and Dejana have been best friends for a long time. They ride the bus to school together; they sit next to each other in class. It has never mattered to them that one is white and one is black. Dejana is excited, too. In the days leading up to the party, she works hard at several odd jobs so she can buy a special gift to give to her friend. But when the invitations to the party are passed out, Dejana doesn't receive one. Courtney's mother doesn't want Dejana to attend. Both Dejana and Courtney are devastated. But friendship wins the day when Courtney's determination forces her mother to change her mind. In engaging prose, actress and educator Loretta Long shows that loyalty and determination can overcome racial prejudice and ignorance.

Yes, this book is about a birthday party and best friends. This book also tells the truth as it deals with the topic of prejudice among neighbors. It is an excellent, simple story about a little girl whose mother will not let her invite her best friend to her party because she is black. It is a simple story that helps to introduce the concept of prejudice and how it hurts the children who do not understand the differences, unless their parents teach it to them. --Parent's Review

Children's Literature Courtney can't wait for her seventh birthday, and neither can her best friend Diana, who has been saving all her money to buy a present for Courtney. But when Courtney's mother sits down to write the guest list, she includes everyone in the class except Diana, explaining that she doesn't think Diana, who is black, will "fit in." A devastated Courtney has to try to explain the situation to Diana, who is equally devastated. Finally Courtney's mother sees how despondent her daughter is and invites Diana at the last minute. Long, who is best known for her longtime role as Susan on "Sesame Street," captures the excitement and confusion of the two girls and at the same time portrays theirs as a credible friendship. The adults' attitudes are perhaps too one-note and the ending a bit pat, but the exuberance of the two young protagonists makes this a useful story of interracial friendship. Ron Garnett's illustrations, though not spectacular, add color and emotion. --Children's Literature